Focus groups on views about kunika

Our work on understanding the causes and protective factors for kunika in Bauchi is based on the premise that people think kunika is generally a bad thing and should be avoided. Rather than assume this, we undertook focus group discussions to explore people’s understanding of kunika, whether they consider it to be a good thing or a bad thing, and why. A published paper describes the focus groups and their findings.

Facilitators conducted a total of 12 gender-segregated focus groups – 6 male and 6 female – covering urban, rural and remote communities across Toro Local Government Area.  Between eight and twelve people participated in each discussion. Group participants were married, and heterogeneous in age.  Using a guide, the facilitators explored people’s understanding of the term kunika, and their ideas about the disadvantages or advantages of kunika.

Everyone was familiar with the term kunika and most people described the meaning of kunika as getting pregnant before weaning the last child. People overwhelmingly said that kunika is a bad thing. They described adverse health consequences for the mother, the new child and the existing child, and the father. They also described how kunika leads to economic hardship, conflict within families and social disapproval.

“You will become poor, you will not have food to feed the remaining children, and the sick one may die, so it’s really a terrible thing.”
(Male focus group) 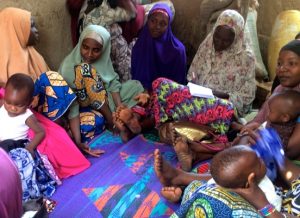 They went on to explain why some people nevertheless practise kunika, either by choice (for example, because of competition between wives, or desire for more children) or as a consequence of frequent sexual contact.

“Women do kunika for competition. They gather a lot of children quickly so that they may benefit from inheritance.” (Male focus group)

“It is the men that are lacking self control. How will you deny a man his rights if he demands? No way at all.” (Female focus group) 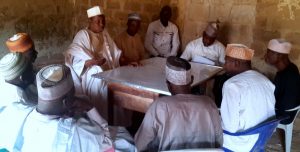