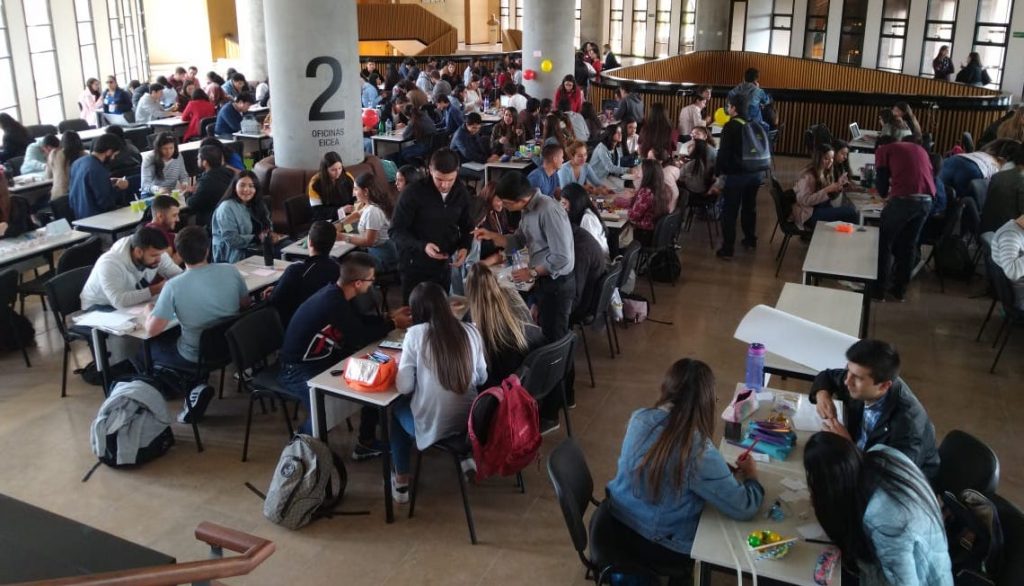 Wherever CIET is active, capacity building is part of the process.

Wherever CIET is active, capacity building is part of the process. In fact, CIET does not normally agree to single surveys with little likelihood of follow-up because they do not provide either the time or the structures for local capacity building. CIET Research Fellows customarily work with a team of national, regional or local counterparts from government, local NGOs, universities or communities themselves. Survey cycles, repeated at one, two or three-year intervals allow step-by-step transfer of knowledge and skills.

In every country where CIET has worked, it conducts short training seminars to share assessment and analysis skills. Hands-on training continues throughout the first cycle and those that follow. After four cycles, local counterparts should be able to carry on largely unaided. CIET remains available to respond to problems and guide interpretation of the data.

Additional means used by CIET for building institutional capacity include, where appropriate: longer training courses, production of training materials and, in some cases, the creation of national NGOs that bear the CIET name to carry out the work begun internationally. The latter measure makes skills available to governments and other development agencies at very short notice and at costs scaled to the national economy. CIET has offices in Botswana, Mexico, Nicaragua and South Africa as well as in Canada, Europe and the United States.

From 1987 to 1993 CIET conducted annual eight-week intensive residential courses at its training centre in Mexico. Over 600 planners and researchers from 58 countries attended the Mexico course. CIET also conducted eight-week courses in Portuguese (Mozambique or Angola) in 1991 through 1993. Shorter courses were conducted for UNICEF staff and government counterparts in Mexico in 1990, East Africa (Uganda) in 1995 and South Asia (Nepal) in 1996.

A course in Evidence-based Planning was conducted jointly with Health Canada and the University of Ottawa on the campus of the latter in June and July of 1999. The twenty-two participants were mainly Health Canada staff from the Atlantic Provinces and Ottawa involved in the LoPHID programme.

In Pakistan, an eight-week course on evidence-based planning for local governance took place at the University of Peshawar in 2005.

During 2007 an 8-week intensive training on AIDS prevention trials, health research and planning was given for 27 participants from government, universities and NGOs in 14 southern African countries. This course is part of CIET's African Development of AIDS Prevention Trial (ADAPT) programme which aims to build on local health capacity to plan, conduct, analyse and use the evidence from large scale, multi-centred AIDS prevention trials in southern Africa.

National counterparts are occasionally invited to CIET’s Mexico training center to take advantage of short special courses. Thus two members of the El Puente team from Brooklyn, New York were trained there in introductory field methods in 1996 and three Pakistanis worked on Data Analysis and Geographic Information Systems in Mexico in 1999.

CIET, through its centre at the University of Guerrero in Mexico, offers a Masters degree in Epidemiology whose purpose is to develop a group of professionals who can support communities throughout the world to gain voice in the planning process. The programme emphasises the acquisition of the skills to conduct and train others in each of the methods of evidence-based planning. A combination of supervised academic work, intensive field experience and training of others is required, along with a thesis based on original field work or a scientific article published in a peer-reviewed, indexed journal.

CIET’s doctoral programme aims to qualify a smaller number of professionals who can serve as project team leaders having, in addition to the skills required for the Master’s degree, the ability to design and negotiate entire projects and programmes and take responsibility for bringing these to successful completion. Candidates must complete advanced course work under both CIET and non-CIET supervision, pass a doctoral examination, have several years of field experience, be fluent in English and another working language, and produce either an original thesis of internationally recognized doctoral quality or three articles published in indexed, peer-reviewed scientific journals.